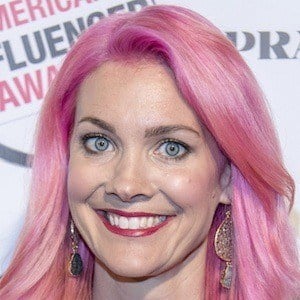 Celebrity hairstylist and inventor best known as the creator of the styling iron known as The Beachwaver. She has also styled countless A-list celebrities for the red carpet, from Emily Blunt to Bryce Dallas Howard.

She got her start in styling at the age of fifteen when she began working in a salon in Chicago, Illinois. She eventually became a licensed cosmetologist at the Aveda Institute and studied business and creativity at NYU.

In 2015, she was the official hair sponsor of the Victoria's Secret Fashion Show.

Some of her regular celebrity clientele include Hailee Steinfeld, Kate McKinnon, and Lea Michele.

Sarah Potempa Is A Member Of