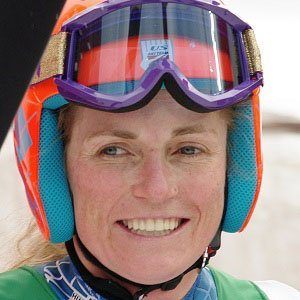 American alpine skier who competed in four Olympic Games and five World Championships as a member of the United States Ski team. She earned her only World Cup victory in the slalom event in 2005.

She was born in Glenwood Springs, Colorado.

In 2014, she came out of retirement to represent Mexico at the World Alpine Ski Championships. She was granted Mexican citizenship through marriage.

She married Federico Gaxiola in 2007 and has children named Lasse and Resi.

He and Hilary Lindh are both American skiers who have competed in multiple Olympic Games.

Sarah Schleper Is A Member Of