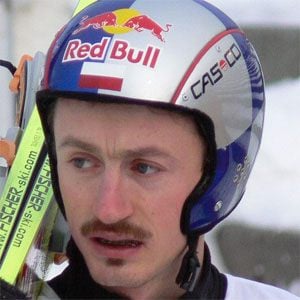 Ski jumper who won a silver and a bronze medal at the 2002 Olympics, and two silvers at the 2010 Olympics.

He married Izabella Polok in 1997, and had his first child with her later that year.

Adam Malysz Is A Member Of