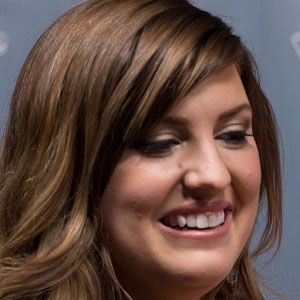 Famous as a contestant in Season Four of the NBC reality talent competition The Voice, she wowed judges at her blind audition with her rendition of Joan Osborne's "One of Us" but was eliminated after reaching the Top 8. Her iTunes releases include the singles "Our Story" and "Fall."

In her early twenties, she studied at Memphis' Visible Music College.

A native of Birmingham, Alabama, she later lived and worked in Memphis, Tennessee and Los Angeles, California.

While on The Voice, she was a member of Team Adam Levine.

Sarah Simmons Is A Member Of