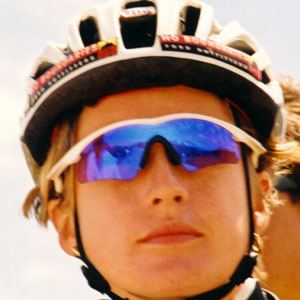 Professional cyclist from New Zealand who won a gold medal at the 2004 Olympics in the individual pursuit event.

As a girl she studied at the Diocesan School for Girls.

She was the first New Zealander to win an Olympic cycling gold medal.

She won gold at the 2004 Summer Olympics in Athens as did American swimmer Michael Phelps.

Sarah Ulmer Is A Member Of