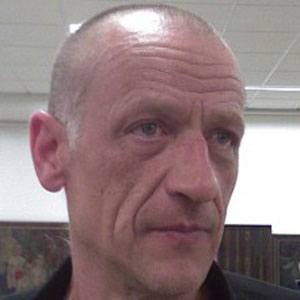 Postmodernist painter who was considered one of the most significant Lithuanian artists. He was given the Lithuanian National Prize in 1989. His works included "Stairs" from 1989 and "Inferno" from 1991-1992.

He studied at the National Institute of Lithuania's Vilnius Art Academy from 1976 until 1983.

His "Battle of Grunwald" was nominated for the Lithuanian National Award.

His father was the Lithuanian philologist Donatas Sauka.

He and fellow artist William Zorach were both born in Lithuania.

Sarunas Sauka Is A Member Of