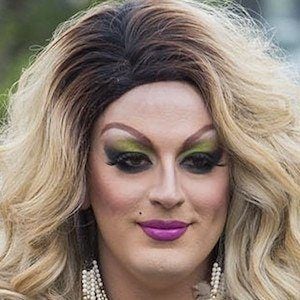 Born Jared Breakenridge, she is a drag performer best recognized for competing on the seventh season of RuPaul's Drag Race.

After creating the character of Sasha Belle in 2006, she began working at her hometown bar Studio 13 in Iowa City as a server. She later went on to become the bar's director.

Her self-titled YouTube channel is the home of the Sasha Belle Drag Race series and her popular Drunk Makeovers series.

Her mother's name is Lynn Addy Breakenridge. She married Kyle Coleman after almost a decade together.

Sasha Belle Is A Member Of