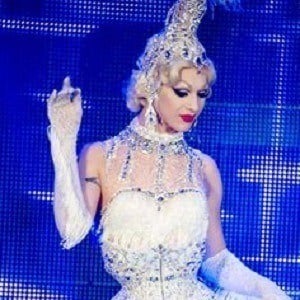 Jason Dardo, a.k.a. Violet Chachki, is famous as the Season 7 winner of RuPaul's Drag Race. A singer as well as a drag queen, model, and burlesque dancer, she released her first EP, Gagged, in 2015.

She began performing her drag act at the age of nineteen and, after a brief period as a fashion design student at the Atlanta branch of the Savannah College of Art and Design (SCAD), became a career drag queen.

She chose her drag name by combining the first name of actress Jennifer Tilly's character in the 1996 film Bound with the Yiddish word for a decorative object.

She and Bianca Del Rio were the respective champions of the 2015 and 2014 seasons of RuPaul's Drag Race.

Violet Chachki Is A Member Of