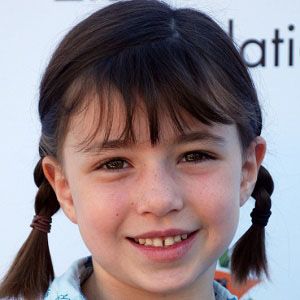 Most well known for her childhood portrayal of Sydney Graham on the NBC series Parenthood, she is also notable for her guest spots in episodes of Dexter and Grey's Anatomy.

Early in her career, she appeared in an episode of House M.D. and in television commercials for Kraft, AT&T, and Rice Krispies.

She shared the big screen with Tina Fey, Mark Wahlberg, and Steve Carell in the 2010 movie Date Night.

She spent her early days in Florida and the remainder of her childhood in Los Angeles, California. She is the younger sister of fellow child actress Emily Evan Rae.

Her Parenthood character is the daughter of the characters played by Erika Christensen and Sam Jaeger.

Savannah Paige Rae Is A Member Of