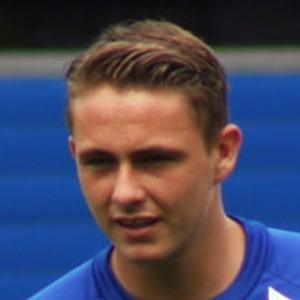 Midfielder who is famous for his international club career, including for Dundee United FC from 2010-2012. He was named the Scottish Championship PFA Player of the Year in 2015 following his successful campaign for Hibernian.

He began his youth soccer career at age 10 in 2001. He first joined the Dundee United youth academy before making his professional debut with the club in 2010.

He was a contributing member to the 2015-2016 Scottish Premiership-winning Celtic FC club as an off-the-bench midfielder. He has played for Dundee FC while on loan from Celtic.

He was originally born and raised in Glasgow, Scotland.

He has played alongside Ryan Christie as fellow midfielders for Celtic FC.

Scott Allan Is A Member Of