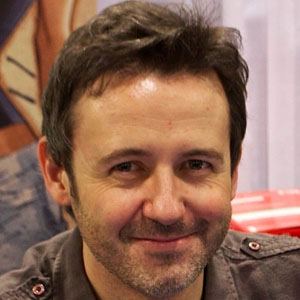 Known for his work on such Double Fine Productions video games as Brütal Legend and Psychonauts, this designer also worked as a comic book artist, winning a 2007 Silver Medal from the Society of Illustrators for his work on the Flight magazine comic "Igloo Head and Tree Head."

He earned a Bachelor of Fine Art degree in illustration from San Francisco's Academy of Art University and subsequently worked for LucasArts as a designer of Star Wars-based video games.

He was nominated for the 2007 Ignatz Award for comic book and cartoon art.

He grew up in San Jose, California.

He and fellow cartoonist Steve Purcell both worked for LucasArts.

J Scott Campbell Is A Member Of