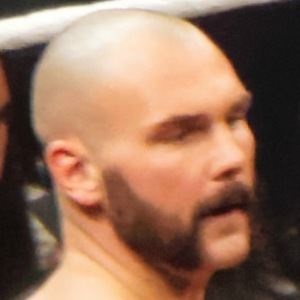 Professional wrestler who is known for his time in the WWE. He has gained particular renown for his career in their developmental territory NXT, where he has held the NXT Tag Team Championship belt alongside Dash Wilder.

He debuted as a professional wrestler in 2004 in various independent promotions around the U.S. He signed with WWE in 2012.

He made his TV debut for the WWE on NXT on February 21, 2013. In November 2015, he and tag partner Dash Wilder defeated the then-NXT Tag Team Champions The Vaudevillains to claim their first tag team title.

He was born and raised in Whiteville, North Carolina.

He has competed against fellow wrestler Corey Graves on the WWE TV series NXT.

Scott Dawson Is A Member Of