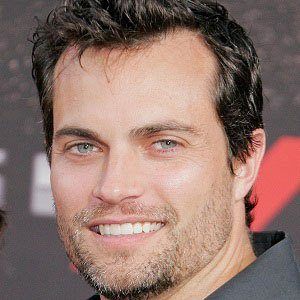 Famous for his role as Cory in the 2013 sports film Home Run and for his portrayal of Peter Musselman in the 2014 feature Lone Survivor, he is also known for his performance as Cash Morrissey on the ABC series Men in Trees.

Before beginning his acting career, he worked as an air traffic controller.

He decided to pursue an acting career after watching the 1986 Tom Cruise film Top Gun.

A military "brat," he spent his childhood in Germany, the Philippines, and Colorado, U.S.A. He welcomed his first child in 2016 with his fiancee Vanessa Vazart.

He appeared with Adam Butcher in a horror film titled Hellhounds.

Scott Elrod Is A Member Of