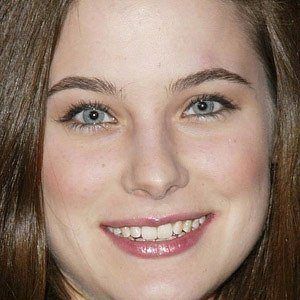 Portrayed Jaye on Fox's Wonderfalls and starred as Dr. Brenner in the series Off the Map.

She started acting at age eight, dubbing voices for many TV productions.

She had roles on TV shows such as Law and Order and Off the Map.

She appeared on an episode of Law and Order with Sam Waterston.

Caroline Dhavernas Is A Member Of