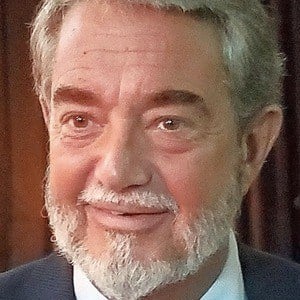 Known for works such as Rome Sweet Home and The Lamb's Supper: The Mass as Heaven on Earth, this author and Roman Catholic religious scholar held a professorship at Ohio's Franciscan University of Steubenville.

After graduating from Pennsylvania's Grove City College with a degree in philosophy, theology, and economics, he earned his Master of Divinity degree from the Gordon-Conwell Theological Seminary. He later received a doctorate in systematic theology from Marquette University.

He and Benjamin Wiker co-wrote a 2013 work titled Politicizing the Bible: The Roots of Historical Criticism and the Secularization of Scripture 1300-1700.

He and his wife and fellow Catholic apologist, Kimberly Hahn, co-founded the Saint Paul Center for Biblical Theology.

Raised in the Presbyterian denomination, he converted to Catholicism during the years when Pope John Paul II headed the Roman Catholic Church.

Scott Hahn Is A Member Of