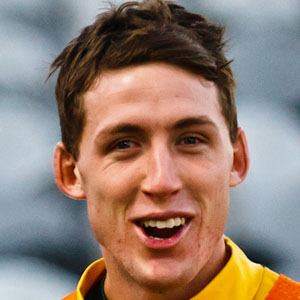 Australian right back who made his professional debut for the Football West State League Sorrento F.C., joining the A-League Newcastle Jets in 2012.

He first appeared internationally for Australia's under-23 national team in 2010.

His mother was in Devon, England when he was born.

Scott Neville Is A Member Of