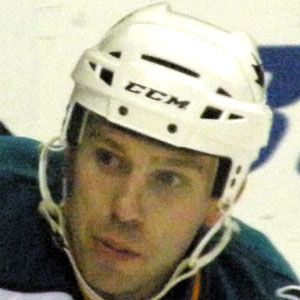 Canadian former hockey player best known for his days with teams like the Nashville Predators and San Jose Sharks. Following his retirement, he became the Head of Player Development for the Predators.

He was born in Edmonton and was originally drafted by the Buffalo Sabres in the 1993 NHL Entry Draft.

He won the Calder Cup as a member of the Rochester Americans in the American Hockey League.

He has children named Hayden, Foster and Sophia.

His brutal cross-check of Canadiens forward Patrice Brisebois earned him a five-game suspension in 2007.

Scott Nichol Is A Member Of