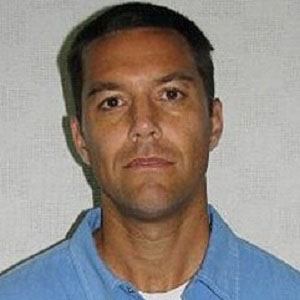 California man who was convicted of first-degree murder for the 2002 killing of his then-wife Laci Peterson and their unborn son. He was arrested in 2003 and sentenced to death via lethal injection in 2005.

He grew up in San Diego, California and earned a B.A. in Agricultural Business from California Polytechnic State University in 1997. He met Laci while working as a waiter during his college years.

At the time of his arrest, police discovered several incriminating items in his vehicle, including a shovel, two ropes and a double-edged dagger.

His father Lee owned a crate-packing business and his mother Jacqueline owned a boutique in La Jolla.

He was represented by private attorney Mark Geragos during his trial.

Scott Peterson Is A Member Of