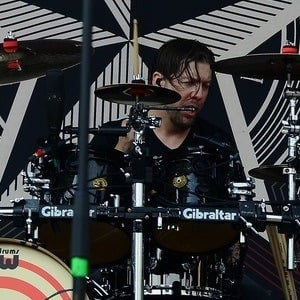 Self-taught drummer who co-founded the rock bands Creed, Alter Bridge, and Projected. In 2016, he released a new solo album with Alter Bridge called The Last Hero.

His first band gig was with Crosscut when he was eighteen years old.

He played drums and keyboards on Weathered, Creed's 2001 album.

He moved to Florida with his wife, April, and their daughter, Cadence.

He was influenced by John Bonham.

Scott Phillips Is A Member Of