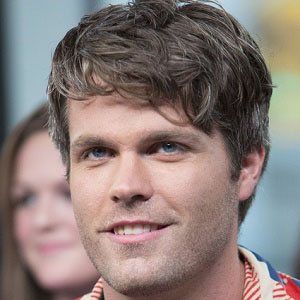 Singer best known as one half of the multi-platinum American pop duo 3OH!3, who have scored major hits with singles like "Don't Trust Me" and "My First Kiss." He has also co-written songs for artists like Lil Jon, Katy Perry, and Ariana Grande.

He was born in Boulder, Colorado and graduated from Fairview High School. He majored in English and minored in Math at the University of Colorado Boulder.

He is a World Champion Ultimate Frisbee player won the Junior Gold Medal with Team USA in 2004.

He married Melanie Mary Knigge in 2013.

Sean Foreman Is A Member Of