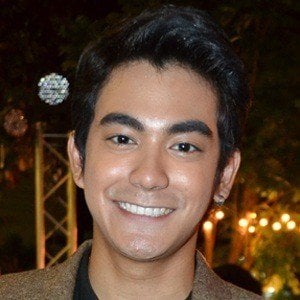 Thai film and television actor who is best known for his portrayal of Ping in the 2013 horror comedy Pee Mak. He is also recognized for his work on the television series The Ugly Duckling.

He made his professional acting debut in the feature film Long Weekend.

In 2016 he made an appearance on the drama series Paragit Likhit Ruk.

He is the younger brother of actress Ploy Chindachote.

He and Mario Maurer were both cast in the film Pee Mak.

Sean Jindachot Is A Member Of