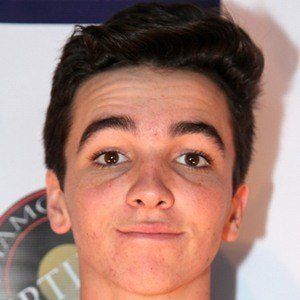 The younger brother of Teen React personality Adam Lusk, he gained his own fame earning more than 10,000 fans on Instagram.

He created his YouTube channel in 2014 but wouldn't post the first video of he and his brother performing live until February 2016.

He has a self-titled YouTube channel where he has posting original music and song covers.

He and his brother grew up in San Diego, California with their parents.

In March 2016, he posted a cover of "Thinking Out Loud" by Ed Sheeran on his YouTube channel

Sean Lusk Is A Member Of