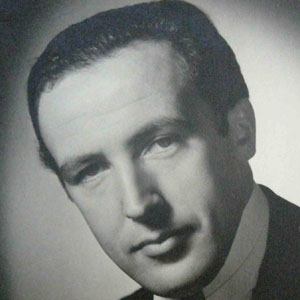 Pianist who specialized in the performance of German lieder and accompanied many prominent, 20th-century classical singers, and has been featured in a lieder role on several famous recordings.

He attended the Hochschule für Musik (Berlin University of the Arts), where he studied with the renowned Swiss pianist, Edwin Fischer.

He was the 1974 recipient of the German government's prestigious Federal Cross of Merit.

He was born in Berlin, Germany, to an organist father. In his adulthood, Sebastian Peschko fathered one biological and one adopted son and three biological daughters.

He and fellow pianist, Norman Shetler, both accompanied Hermann Prey and other well-known singers of the 20th century.

Sebastian Peschko Is A Member Of