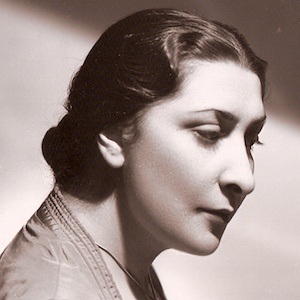 Known for her wide-ranging repertoire that jumped from Portuguese baroque to South American contemporary. She was also remembered for her interpretations of Chopin and Mozart and for her expertise in late 18th and early 19th century compositions.

She took lessons from Zbigniew Drzewiecki and Karol Szymanowski while studying at the Warsaw National Conservatory.

She died in Israel while on a concert tour. She is annually remembered through the Felicja Blumental International Music festival in Tel Aviv, Israel.

She married artist Marcus Mizne, whose fine art prints are featured on several of Blumental's CDs. The two fled Nice for Brazil because of anti-Semitism.

She recorded a boxed set of Ludwig van Beethoven's complete works for solo piano and orchestra. Brazil's leading composer Heitor Villa-Lobos dedicated his Fifth Piano Concerto to Blumental, which she performed under the composer's baton with the leading orchestras of Europe.

Felicja Blumental Is A Member Of