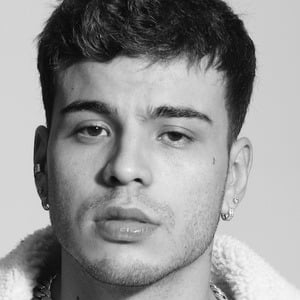 Actor, singer, TV presenter and YouTube sensation who first became known for his self-titled YouTube channel. He appeared on the first two seasons of the Disney Channel Latinoamérica show Soy Luna. In 2018, he began hosting the web series Nat Geo Kids Latinoamérica. He released his first original song, "Hospedaje," in 2019.

He launched his original channel in May of 2011. His first video was titled "Soy nerd y las mujeres son raras." His first TV appearance was on the reality show La Voz Kids Colombia in 2014.

He has garnered over 6 million YouTube subscribers on his main channel. In 2016, he hosted the Kids' Choice Awards México alongside Galilea Montijo. He had a guest role in the first season of the teen series BIA in 2019.

His full name is Joan Sebastián Jaimes Villalobos. He was born in Bucaramanga and moved to Bogota when he was 10. He has two younger brothers named Juan Ángel and Gabriel. He has been in a relationship with actress Maria Laura Quintero. He previously dated influencer Daniela Rueda.

He made a brief appearance in the film Men in Black: International, which stars Chris Hemsworth and Tessa Thompson.

Sebastián Villalobos Is A Member Of