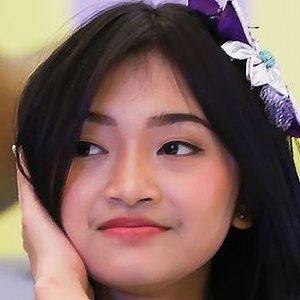 Rose to fame as a former member of the Indonesian idol group JKT48. In late 2016, she graduated from the group and went on to pursue a solo career.

She passed her audition for JKT48 in 2011. She'd been a dangdut singer even before joining the group.

She was a member of the JKT48 sub-unit SNSD with Dhike, Naomi, and Chikarina.

She was born and raised in Bogor, West Java. She would later don the stage name Sendy Senia.

Sendy Ariani Is A Member Of