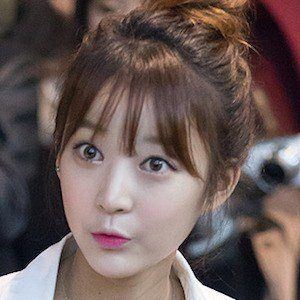 Korean singer also known as Hyelin who is best known as a member of the all-girl pop group EXID. In 2016, she and the band released their first album, Street, which peaked at number two on the Korean album charts.

In 2011, she participated in the talent contest Superstar K3. She was asked to join EXID after several of its original members left the group.

She was a contestant on the singing competition King of Mask Singer in 2016.

She was born in Gwangju, South Korea.

She has performed alongside Heo Solji as a member of EXID.

Seo Hye-lin Is A Member Of