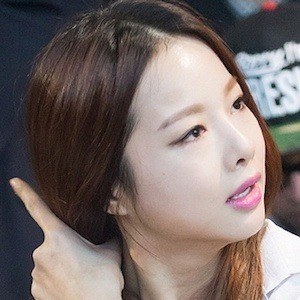 South Korean singer best known as a member of the girl group EXID. She is also a solo artist who has released singles like "Love Shake," "Be With You" and "Shouldn't Have Treated You Well."

She worked as a vocal trainer prior to her music career. She was previously one half of the musical duo 2NB.

She won the Duet Song Festival with Doo Jin-soo in 2016.

She was born in Seongnam, South Korea.

She began performing with Hani in EXID in 2012.

Heo Solji Is A Member Of