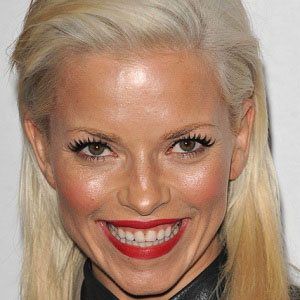 Swedish singer and songwriter who has released numerous albums since 1999 and won various awards including two Swedish Grammy Awards in 2005 and 2012.

She started recording music when she was twelve and joined a local rock band which led to a record deal.

She competed and finished 3rd in the Sopot International Song Festival in Poland and represented Sweden in 2007.

She was born to a Slovenian mother and has a sister who has worked as a fashion designer.

One of her main musical influences has been Lily Allen.

September Is A Member Of