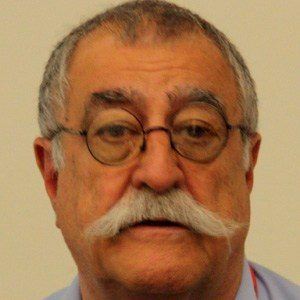 Created the comic book Groo the Wanderer and provided work for Mad Magazine. An award, 'The Sergio,' was named after him and is given by the Comic Art Professional Society.

As a child, in Mexico, he would often get paid by classmates to complete the drawings for homework assignments.

In 1992, he was the first Mexican man to win an Eisner Award. It was for his work Groo the Wanderer.

After being born in Spain, his family moved to France and then Mexico, where he grew up.

By the 500th issue of Mad Magazine in 2009, Aragones was second to Al Jaffee in contributions to the magazine (424 issues to 451 issues).

Sergio Aragonés Is A Member Of