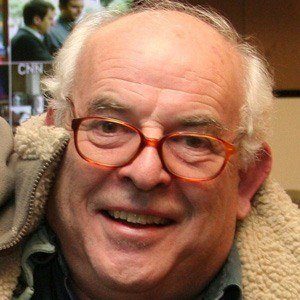 Cartoonist most recognized for his work with acclaimed tale Alice in Wonderland. In 1979, he was voted Illustrator of the Year by the American Institute of Graphic Arts.

He once did freelance work for the New York Times before becoming an accomplished cartoonist.

For his work with Alice in Wonderland, he won the Francis Williams Book Illustration Award.

His father traveled extensively for work, while his mother was a shop assistant in England.

Ralph Steadman Is A Member Of