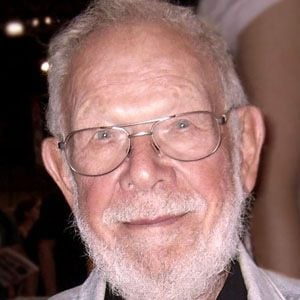 Kooky cartoonist for Mad magazine whose story was once retold through over 70 color illustrations representing his life from childhood through adulthood.

He spent six years of his childhood in Lithuania before relocating back to America on the heels of the Nazi takeover.

Along with his friend, Mary-Lou Weisman, he retold his life story through illustrations representing his journey through his childhood up to the present.

He and wife Joyce set up home in Provincetown, Massachusetts.

He met Jon Stewart on The Daily Show, who has said that he was inspired by Jaffee.

Al Jaffee Is A Member Of