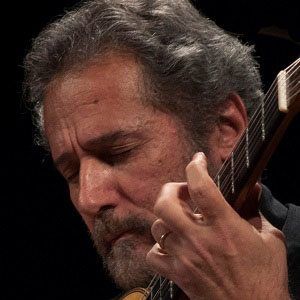 Accomplished Brazilian guitarist, composer and arranger who became known as a member of the guitar duo the Assad Brothers with his brother, Odair.

He first learned to play guitar when his father began teaching him Brazilian folk melodies.

In 2008, he won the Latin Grammy Award for Best Contemporary Composition for his work on "Tahhiyya Li Ossoulina."

He played music with his brother, Odair.

He has arranged chamber music settings for Yo-Yo Ma.

Sérgio Assad Is A Member Of