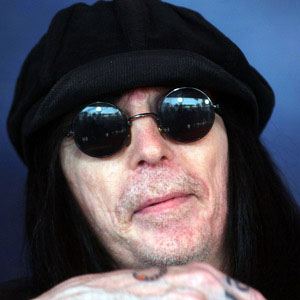 Guitarist for the heavy metal band Mötley Crüe who also worked as a songwriter for bands like CRASHDÏET.

He toured with the Murderdolls.

He was married to Emi Canyn from 1990 to 1994. He has two sons named Erik and Les and a daughter named Stormy.

He was in Motley Crue with Vince Neil.

Mick Mars Is A Member Of