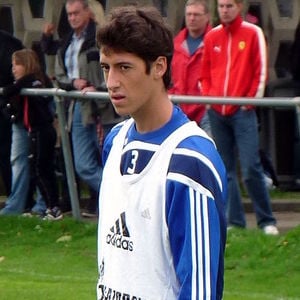 Left back who has risen to fame for his career in La Liga, including for Sevilla FC beginning in 2015. He helped lead the squad to the UEFA Europa League victory in 2015-2016.

He hails from Valladolid, Spain.

He and Jesus Navas have played as teammates for Sevilla FC.

Sergio Escudero Is A Member Of