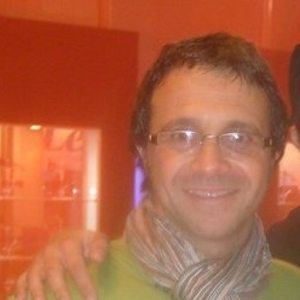 Journalist and radio and television personality who is best known for hosting the radio program Te lo dice un amigo on Radio Blue.

He first began his career in 1991 as a production assistant at Artear. He worked his way up and began acting in 2001 and eventually received his own show in 2007.

He has won several awards for his work as a host including the 2006 FUND TV award for the best journalistic program by TN Central.

He married his wife Silvia and together they have two children Micaela and Elvis Lapegüe.

He starred alongside Carmen Maura in the film Arregui, The News of the Day.

Sergio Lapegue Is A Member Of