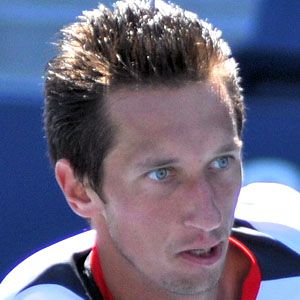 He upset Roger Federer in the second round of Wimbledon in 2013, ending his streak of 36 consecutive grand slam quarterfinals.

He reached the finals of the junior 2004 U.S. Open, losing to Andy Murray.

His first ATP victory came in 2008 at the PBZ Zagreb Indoors.

He grew up in Kiev, Ukraine.

In junior tennis, he beat Novak Djokovic in the 2002 Luxembourg quarterfinals.

Sergiy Stakhovsky Is A Member Of