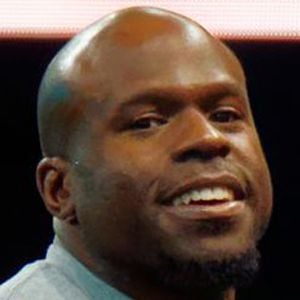 Well known by the ring name Apollo Crews, he joined WWE's main roster in 2016. He started wrestling in 2009 and has also performed under the name Uhaa Nation.

He played soccer and football and ran track at a military high school. He received the nickname Uhaa Nation from his weight training coach in high school.

He trained at World Wrestling Alliance 4's training school after college and spent more than a year on the Georgian independent circuit.

He and his sister, a member of the United States Army, are of Nigerian descent. He was born in Sacramento, CA, but raised in Atlanta, GA.

He would become a friend of fellow professional wrestler Kevin Owens.