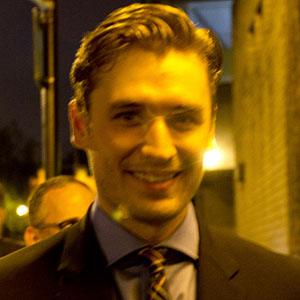 Known for his roles as Lorenzo, Joe Bonaparte, and Albert in the Broadway productions of, respectively, The Merchant of Venice, Golden Boy, and War Horse, this acclaimed stage actor also appeared in episodes of such television series as The Good Wife and Gravity. In 2014, he began starring in the AMC historical series TURN: Washington's Spies.

After graduating from New York's famous Juilliard School, he became a member of the Rising Phoenix Repertory company. He first performed on Broadway in the 2010 revival of Shakespeare's The Merchant of Venice.

For his role in the 2011 movie version of Romeo and Juliet, he earned a Best Actor Award at Los Angeles' Outfest film showcase.

Born and raised in Minneapolis, Minnesota, he later lived in New York City.

He and Kim Cattrall co-starred in a London West End stage production of Tennessee Williams' Sweet Bird of Youth.

Seth Numrich Is A Member Of