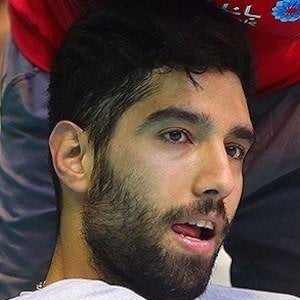 Iranian middle blocker whose performance in the 2008 Olympic Qualification Tournament earned him the honor of Best Blocker, even though his team went 2-5 and failed to qualify for the Olympics.

He started playing club volleyball in 2003 with Loulehsazi Ahvaz and joined the U21 Iranian team in 2004. He made his senior international debut in 2007.

He grew up in Dezful Iran and has becoming popular in his home country with more than 1 million Instagram followers.

He and Lukasz Zygadlo have played together on Sarmayeh Bank Tehran.

Seyed Mohamad Mousavi Is A Member Of