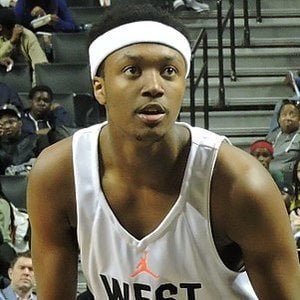 Point guard who began his college basketball career with St. John's University in 2016. He was rated number 36 overall by ESPN in the high school class of 2016.

He played basketball at Thomas Jefferson High School in Brooklyn, New York and scored over 2,000 points in his high school career.

In 2016, he was invited to the USA Basketball Men's U-18 National Team training camp.

He is from New York. He dated YouTuber Aaliyah Jay in 2017.

In an interview for ESPN he cited Stephen Curry as his favorite basketball player.

Shamorie Ponds Is A Member Of