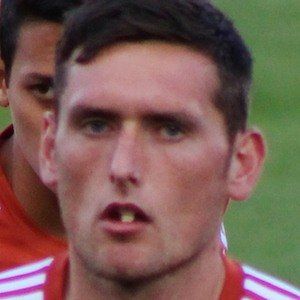 Irish-born American soccer midfielder who began his MLS career with the Colorado Rapids in 2012.

He originally commit to playing soccer at the University of Virginia, but chose to sign with the Rapids in the MLS instead.

He is the nephew of former soccer player Maurice Fitzgerald.

He played with fellow midfielder Dillon Serna on the Rapids.

Shane O'Neill Is A Member Of