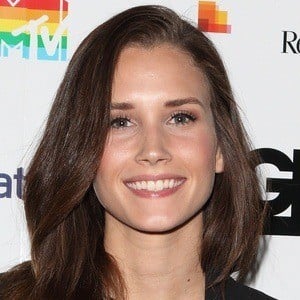 Rose to fame as one-half of the YouTube channel NowThisIsLiving alongside her romantic partner Camden Scott. The two later broke up in May 2016. Their videos were often about LGBTQ topics.

She was born in Carrollton, TX and lived in Norman, OK before moving to Los Angeles, CA. She attended the Price College of Business at the University of Oklahoma.

Her and Cammie's YouTube channel has earned over 650,000 subscribers and growing. They posted a video explaining why they broke up in July of 2016 and the video has received over 3.3 million views.

She dated Cammie from November 2012 to May 2016. In 2017, she began a relationship with pop singer Cari Fletcher, but the couple later broke up. She has been romantically linked to Becky Missal since 2021.

She and Cammie collaborated with fellow YouTube couple Kaelyn and Lucy.

Shannon Beveridge Is A Member Of