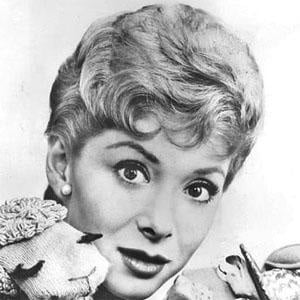 Children's puppeteer and cheerful TV personality whose character's, Lamb Chop and Charlie Horse, became popular in the 1960s and 1990s.

She guest-starred in American Style and Car 54.

She married second husband Jeremy Tarcher in 1958, and the couple had a daughter named Mallory.

She had a guest performance with Lamp Chop on the TV series The Nanny, starring Fran Drescher.

Shari Lewis Is A Member Of