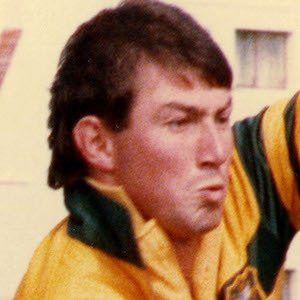 He was a very successful youth player before making his first class debut as a 19-year old.

His sons, Mitchell and Shaun, are both accomplished cricketers, while his daughter, Melissa, is a successful basketball player.

One of his sons, Shaun Marsh, also played for Western Australia and Australia.

Geoff Marsh Is A Member Of