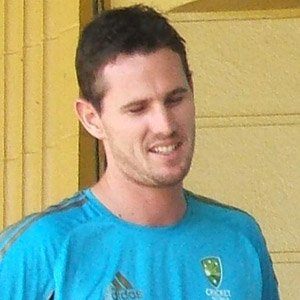 Known as one of the fastest bowlers in the world, the right-hander played for Australia internationally in Twenty20, One Day International, and Test.

He grew up playing cricket in Nairne, South Australia.

He made his first-class debut for South Australia in 2002.

He became engaged to Indian swimsuit model and businesswoman Mashoom Singha in August 2013. The couple married in 2014.

Shaun Tait Is A Member Of