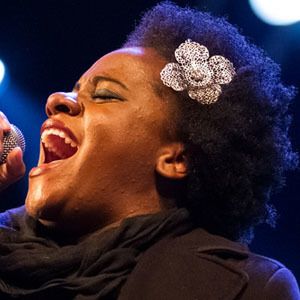 Reggae singer also known as Etana whose 2008 album The Strong One peaked at number 12 on the US Reggae charts. She was nominated for Best Reggae Singer at the 2008 MOBO Awards.

She discovered she could sing by singing along to Air Supply as a kid. She later went to Broward Community College with the intention of becoming a registered nurse.

Her fourth album I Rise reached number 7 in the US Reggae charts in 2014. She has amassed over 100,000 followers to her etanastrongone Instagram account.

She grew up the only girl in a family of boys.

Her influences include Dolly Parton and Bob Marley.

Shauna McKenzie Is A Member Of