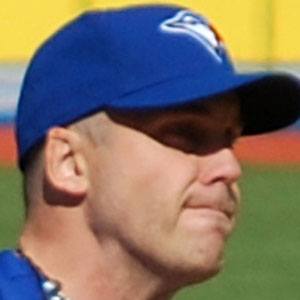 Canadian pitcher with the Montreal Expos and Toronto Blue Jays who also played for Team Canada at the 2004 Summer Olympics.

Drafted by the Expos in 2000, he played in their minor league organization for five years, where he had a 3.16 ERA.

He was the winning pitcher in the last game between two Canadian major league clubs, before his Expos moved to Washington to become the Nationals.

He was born in Mississauga, Ontario.

Brett Lawrie was another Canadian baseball player in the MLB and on Canada's national team.

Shawn Hill Is A Member Of