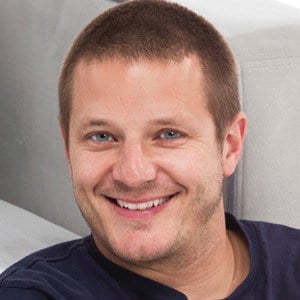 Entrepreneur who founded the beanbag company LoveSac, which became one of the fastest-growing furniture companies in the United States. He won the Fox reality show Rebel Billionaire in 2005.

He graduated from the University of Utah.

He was featured on the CNBC show Make Me a Millionaire Inventor in 2015.

He spent three months acting as the shadow president of Virgin, the company founded by Richard Branson.

Shawn Nelson Is A Member Of