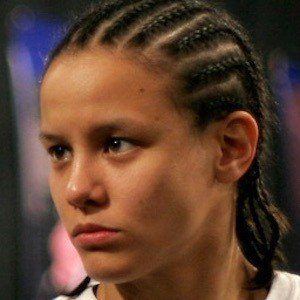 Professional mixed martial artist turned wrestler who became the NXT women's champion upon signing with them in 2017. She also participated in The Ultimate Fighter: Team Rousey vs. Team Tate.

She attended Nazarene University, where she studied religion. She then started training in mixed martial arts, with an emphasis on jiu-jitsu, Muay Thai, and catch wrestling.

She goes by the moniker "The Queen of Spades" and has been known to carry an electric guitar with her during her fight walkups.

She was born to Margaret and Skip Braszler. She grew up in South Dakota and played a part in bringing a combat sports athletic commission to the state.

She made her UFC debut in August 2014, losing by TKO to Bethe Correia.

Shayna Baszler Is A Member Of